Marilyn Monroe - The Woman Behind the Brand 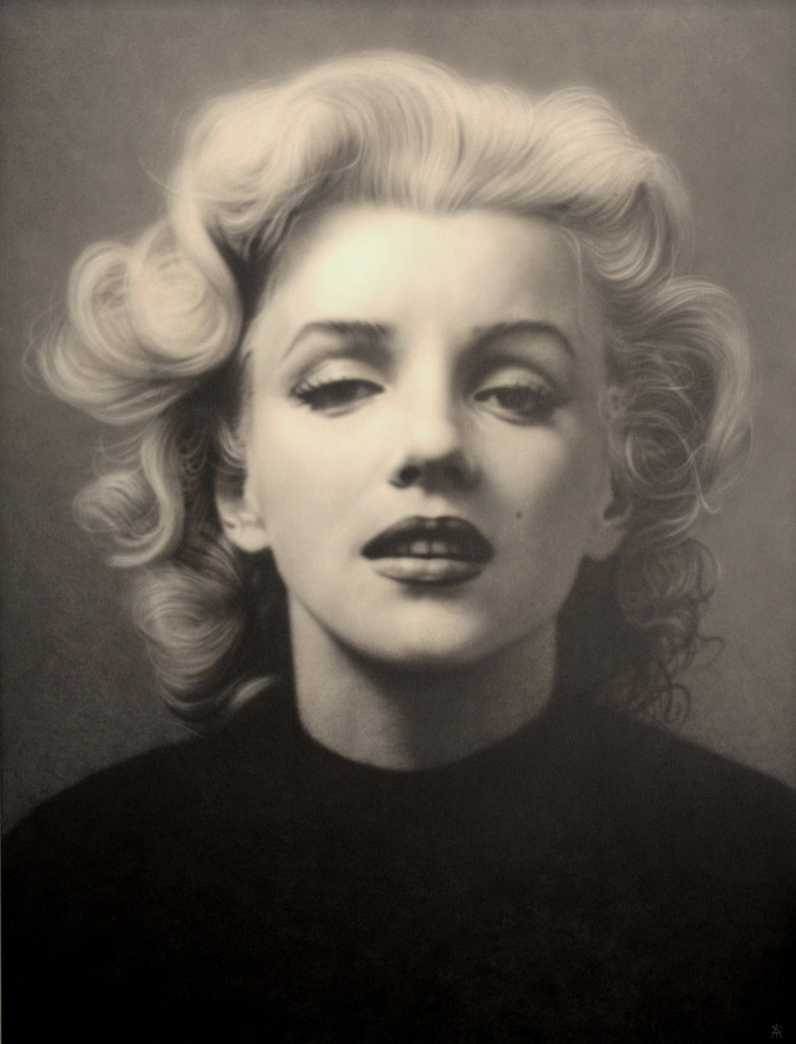 Much has been written and speculated about Marilyn Monroe for decades, which ultimately has left a picture of a woman who today appears even more puzzling. But what is the real truth, and what is fiction?

“I think no one can say with absolute certainty what the truth is. What we consider,  in addition to her film and photographic legacy, however, without a doubt, are her personal material possessions.  In 1962, after her death, her items were packaged and stored, and preserved like in a time capsule for nearly four decades! First auctioned in the late 1990's, these unique pieces give us now a pristine insight into her life. These pieces allow us today to get closer to the real  Marilyn Monroe and her true identity - a truth that has survived!” 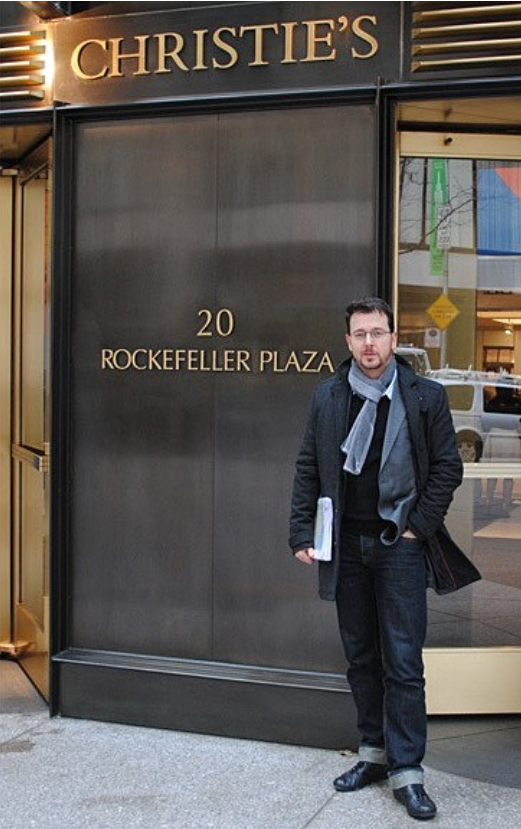 An icon of the 20th century and one of the most famous women in the world - Marilyn’s  widely celebrated beauty, style, and sex appeal made her a muse for many artists, a beauty idol, a role model for millions of girls and women, and a source of inspiration for pop-culture.

Thanks to her looks, style, and utmost individuality, Monroe became the quintessential brand, which is still going strong today. But who was Marilyn, the woman behind the numerous speculations and myths?

Someone who might know is Ted Stampfer, curator, collector, author and expert, who owns the world’s largest collection of Marilyn’s belongings. His private collection consists of more than 1000 original items, including clothing, accessories, vintage photographs and negatives, care & makeup utensils, private documents, and items from her movie career such as film scripts, contracts, and film props! 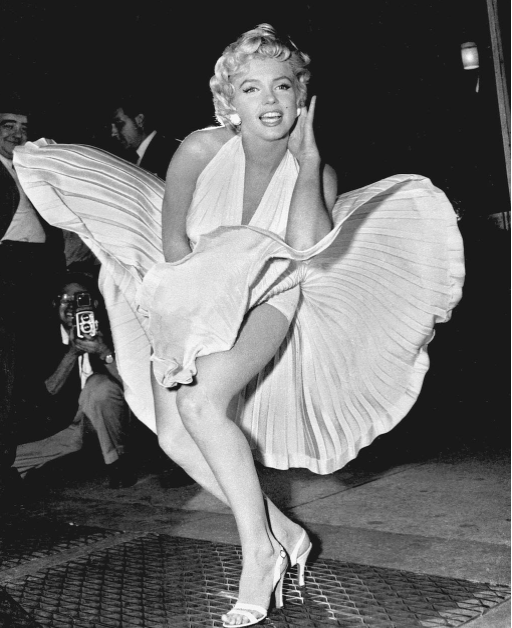 Today, Ted Stampfer offers the collection to museums and galleries for public exhibitions all over the world. Among others, his collection has been exhibited at prominent galleries and museums in Germany, The Netherlands, Italy, Liechtenstein, Switzerland, Sweden, Finland, China, and New York - to name a few!

The collection finds an enormous interest among museums, that describe it as a cultural-historical and lifestyle exhibition that sheds an exciting new light on the icon.

Ted’s goal is to show the private Marilyn as a woman who was ahead of her time. It is meant to provide an insight into her personal and unknown life and introduce the public to the real Marilyn behind the brand. For a successful presentation, he does not only lend his collection but also provides a complete exhibition concept with focus on sociological aspects. 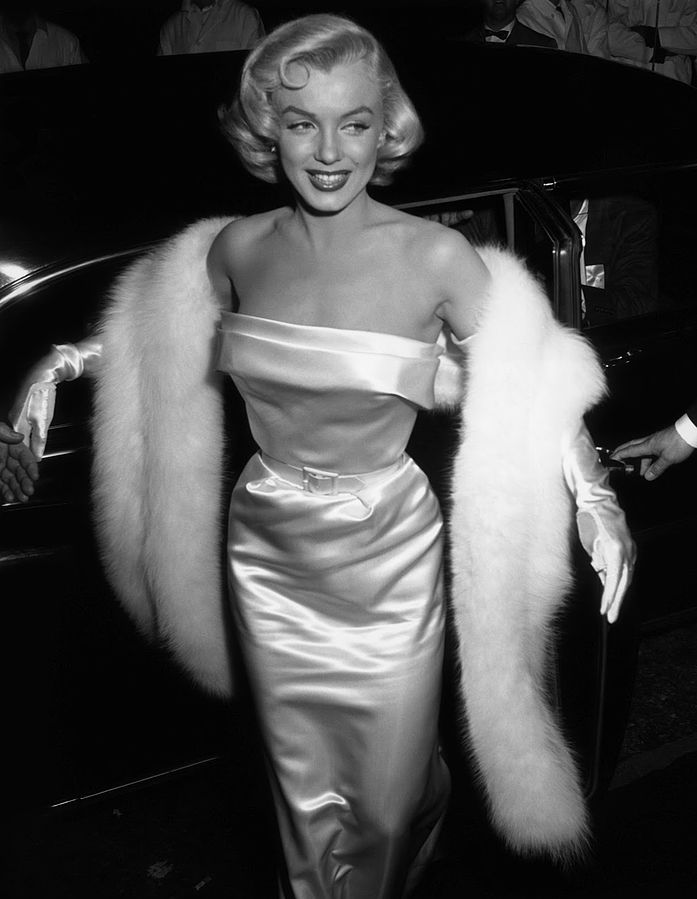 I had the chance to meet Ted for an exclusive interview and to join him for the exhibition opening at the Hermitage Museum in Amsterdam in the iconic premises of De Nieuwe Kerk,  and hear from the man himself about the collection and the muse!

So, where did it all start and why Marilyn? Ted’s passion for Marilyn and her work sprung to life when he was 10 years old, after seeing some of her movies, including ‘Gentlemen Prefer Blondes’ and ‘How to Marry a Millionaire’.

Marilyn’s female attitude, charisma, and uniqueness set her apart from other Hollywood actresses and touched him so much that he turned to encyclopedias and books to learn more about her. What piqued his interest in her private self was her early death in 1962 (age 36) and her yearning for a happier life, full of love. But most of all, it was her most unknown emancipated behaviour in a male-dominated world in Hollywood in the 1950s. 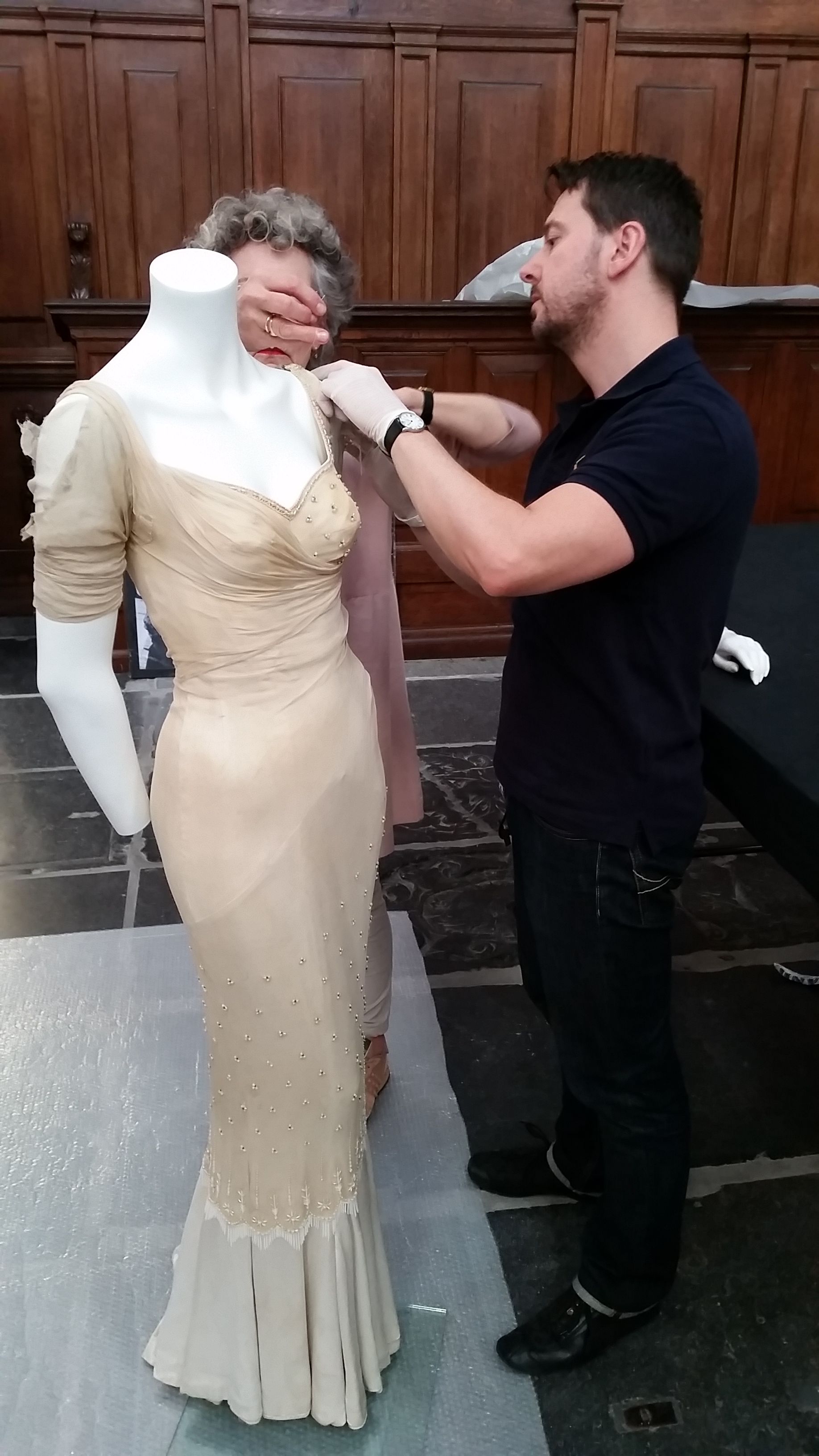 And so, in 1999, he started and bought his first piece of Marilyn’s Hollywood estate through Christie’s auction, and the collecting never stopped!

“Behind her successful career, Marilyn was always looking for real love and she wanted to be loved as a woman. And so, I became more and more interested in who Marilyn was as a private person.”

With the collection came lots of insight into the real Marilyn and he started to learn fascinating facts about her life that were not obvious to the public. Did you for example know that she loved long phone calls, Italian food and pineapples? Or that she enjoyed fruit and coffee in the mornings? In private, she preferred nude or black coloured clothing that she could ‘hide’ in, and her favourite champagne was Dom Pérignon! Ted tells us that Marilyn had more than 400 books in her private library and that she was very intelligent, despite her pop-culture image. She always wanted to develop her intellectual side and she read books of poetry, politics, psychology, history and lots of classical literature. 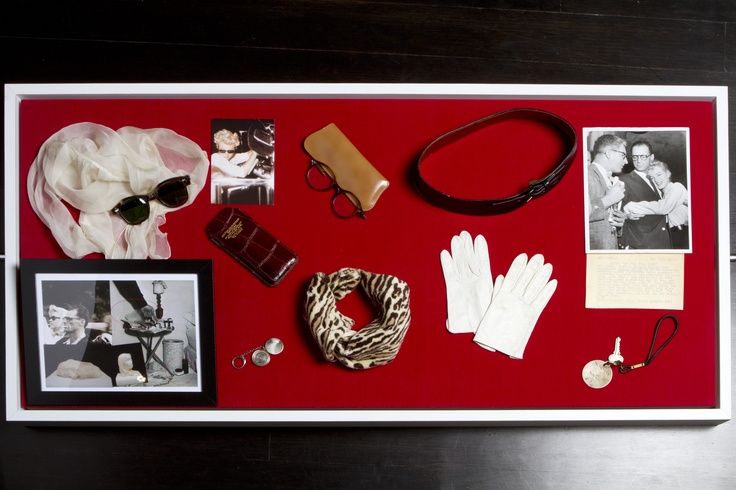 Photo: Some items from the collection, shown at the exhibition in New York. © Ted Stampfer

So, what makes up Ted’s collection and why is it so unique? The collection boasts items like clothing & accessories, private documents & books, make-up & care products, various home utensils and even film props and scripts of her famous movies. In fact, the public can really get an insight into her private life, and the objects in the collection make her personality in the exhibition ‘touchable’ through all stages of her life.

The exhibition also offers a fantastic opportunity to get in touch with fashion history, with a focus on the 1950s and 1960s, and the history of fashion photography with some unique photography pieces. 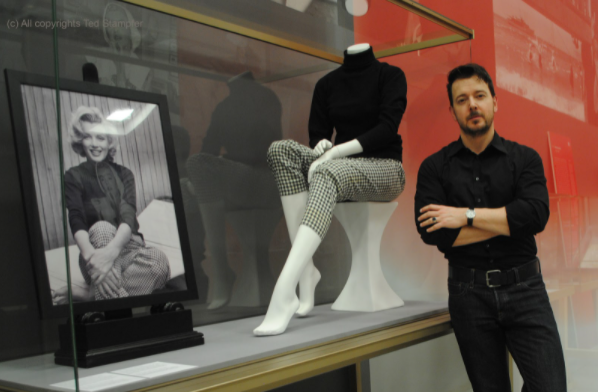 Some of the quintessential fashion pieces you may find here are Marilyn’s beige satin morning robe, and the famous black and white sweater/pant combo from her photoshoot by the German-American photographer Alfred Eisenstaedt.

One more central aspect that the exhibition covers is the emancipation movement and offers some astonishing facts about Marilyn that few know. She was an excellent businesswoman who fought for women’s rights to become more independent in the film industry. According to Ted, Marilyn had a plan to change her image made by the male-dominated film industry to reach her goal of playing more serious roles. Moreover, she even established her own production company as she was unhappy with the studio process, as well as being underpaid and reduced to her beauty. 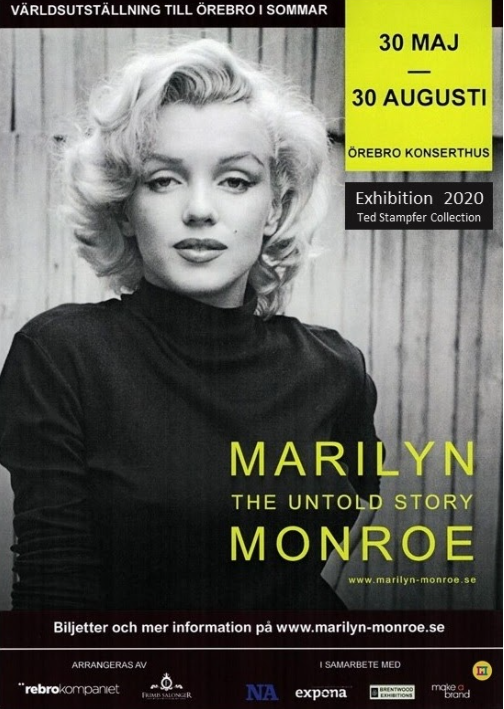 Photo: From the exhibition in Amsterdam. © Ted Stampfer.

Just by looking at her daily planner from 1961, presented in the collection, one will be blown away by how busy, organised, and smart this woman was. Monroe also engaged in work with the deprived and minorities and fought against the existing racial segregation in the USA. She was ahead of her time and still represents the modern woman of today!

“Already in her lifetime, she became a kind of living icon for women, who fought for female rights and supported the emancipation movement.”

The exhibition gives the public a unique opportunity to see the woman behind the curtain and the real human behind her own created brand. In his own words, Ted hopes that visitors will “learn more about the many facets of her character and respect her more”, and understand more about who Marilyn, or shall we say, Norma Jeane Baker, truly was. 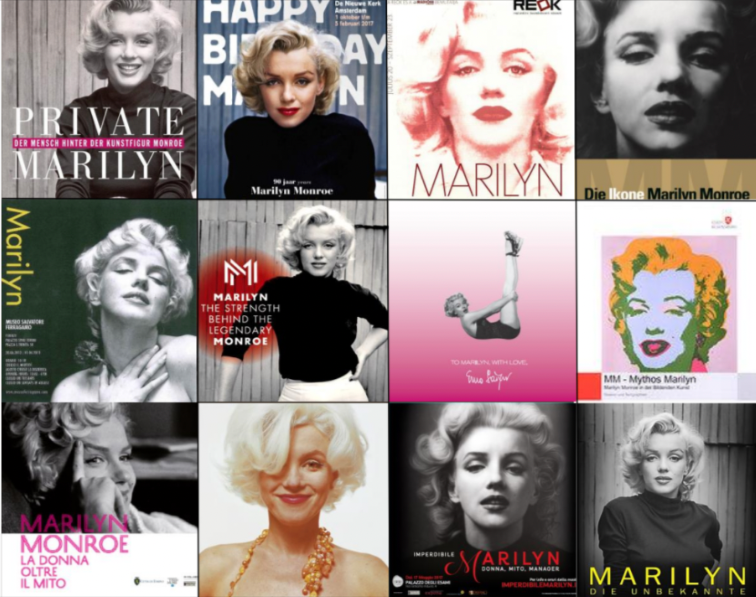 Monroe’s exhibitions are extremely popular. Two of the latest, in The Netherlands and Finland, attracted approximately 90,000 visitors each in just a few months! By now Ted‘s exhibition has been seen by more than 500,000 visitors in renowned museums in Europe and was even presented in China and New York. His collaboration partners include not only museums but also famous companies and brands, among others, Salvatore Ferragamo, Bulgari, Erno Laszlo, and Dom Perignon. Publishers and TV stations like VOGUE, VOX as well as Cannes Film Festival press conference reported about his unique collection, his cultural-historical work, and his Monroe expertise.

The Art Trotter has seen the show twice, and we can promise you - an Aha-moment is guaranteed! We would love to see the show coming to Norway soon, and Ted Stampfer tells us that he would be pleased about the possibility of an exhibition premiere here!

Enter your email to receive information, inspiration and tips about art, art history, art events and the wonderful world of art!

Enter your e-mail to receive our art letters!

We will send a confirmation email to your inbox.